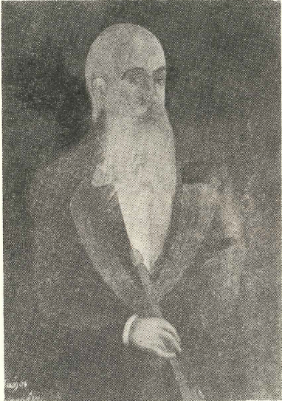 Saloumides called on me and complained that the Bishop does not seem to have any great desire to push forward the schools. He appears to be discouraged and threatens to leave for Greece, there to find some employment. After he left, a priest of St. George the Far came in, who began to talk about the schools and to say that they were in a sad state, that all things go on badly. He said that some boys who had been to him long enough to read in the octoechos, afterwards having been to the Lancastrian school for a season had forgotten all they had learnt, true they had learnt a little about accents, but he knew all that from experience, though he did not know the rules. It seems that he has hammered on the Psalter so long that he knows all by rote. Some boys came in to whom I gave some books, one of which was the Acts of the Apostles. Wherein does this differ from ours? I told him that it is translated, so that the boys understand it. He then told me that he thought that in three months he could learn the new method and wished to get some of our books. I gave him a grammar, for which he thanked me and asked me my name stating that he wished to do his duty and pray for me to St. George, that St. George has entrance before God and influence, because he spilt his blood, so that both he is saved and is able to mediate for us.