Swedish archaeologist Alfred Westholm wrote to his parents about the new neighbours they had, the American mining people at Skouriotissa 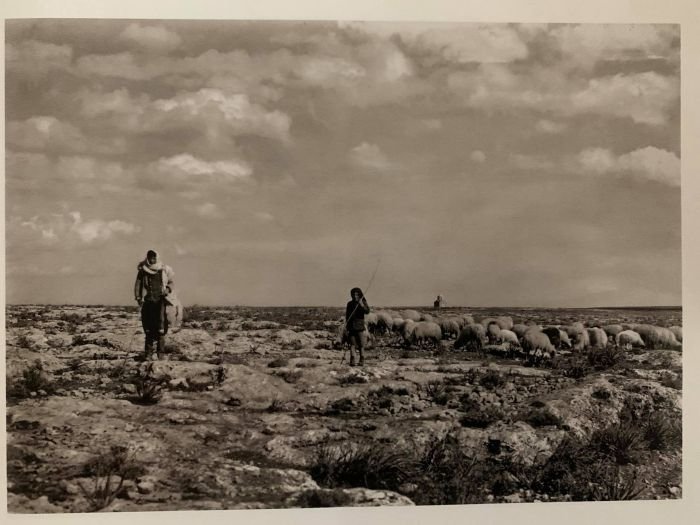 Swedish archaeologist Alfred Westholm wrote to his parents about the new neighbours they had, the American mining people at Skouriotissa:

Einar has been here this past week as ceramics expert. (We must differentiate dates down to as little as decades.) Yesterday morning he went to Nicosia to see to the Institute. We finished at Mersinaki already early this week. The workers moved up here, but Einar and I stayed on down at the beach and drove up here in the car every day. We enjoyed Mersinaki so much, with the lovely mosquito-free air, the sea swims only a few steps outside the tent and the total absence of Greeks (with the exception of my indispensable Eleni). The quiet was somewhat disturbed by a series of visits and invitations that always pour over us “who are so sought after”, as Sten says. The fact is that we have now at this late stage been “discovered” by the mining people at Skouriotissa. A colony of 40-50 Americans and others live up there by the mines. They employ about 4,000 workers. In other words, a pretty big company. Most of the Americans are uneducated and frightful, but the highest managers and their families are well worth our acquaintance. The recent time has passed in constant visiting back and forth. Either they come to Mersinaki to swim, followed by tea. Or we go to them for lunch, tea or supper. Last time we were at a dance in their newly built club. They are natural and cheerful and completely free from the Englishmen’s constant switching between official stiffness, and uptight artificial gaiety with fancy-dress parties and the like. They have supported us in terms of scholarship, most significantly by lending us rails and carts from the company. Their laboratory is also open to us, if we should wish for chemical analyses, which is a very expensive thing. It is just as kindly meant as when they come out with ice cream for me at Mersinaki! So much for the higher managers, who are cultivated people, but fie! to all the other half-educated ones. Now I have moved to Vouni and these communications are therefore considerably more difficult, but they have threatened to make their way here as well. Tonight I am alone up here, but Lindros will come tomorrow to complete his Vouni plans. Then he must stay here until everything is finished. He is going to make a large topographical map of the entire mountain with yet another instrument borrowed from the Americans.