29 June 1838: Lorenzo Warriner Pease was shocked by the behaviour of the Cypriot ladies in Larnaca: 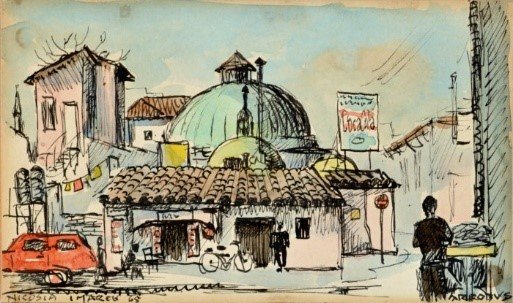 29 June 1838: Lorenzo Warriner Pease was shocked by the behaviour of the Cypriot ladies in Larnaca.

“Last night Mrs Pease and I called on Mr Kyprallis family, who received us with great kindness. Amongst other things they told us that Mrs Kypralli and her two daughters secured the bath yesterday for themselves and wished to go alone, but that shortly after, Mrs. M. Peristiani hearing, sent requesting permission to go alone and soon after Mrs Kephalas requested that all her children may go also!

The worst of all was, that Mrs Peristiani took her eldest son Constantine along, who, to use the language of the ladies, “knows more than married men”! Where is the safety to virtue, and at least where is the modesty of such proceedings?”