George Boustronios in his Chronicle speaks of the death of James II, King of Cyprus 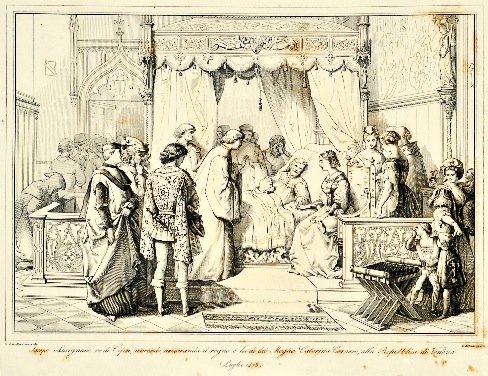 George Boustronios in his Chronicle speaks of the death of James II, King of Cyprus:

And he died on the eleventh of June 1473 after Christ. And they did not give him due rites for there was no wax to be had in Cyprus. They split his body and took out the entrails and embalmed him and buried him in St Nicholas. They released the crews from the galleys and also set free the lords whom he kept shut up in prison…. And as soon as the King died an envoy was sent to Syria, Andrew Casoli, a burgess of Famagusta, to tell the Sultan of the death of the king. And the Venetians too sent of their fleet a galley to Venice to announce the King’s death; also the word should be sent of what they were to do.