Charles Thompson included Cyprus in his voyage from Constantinople to the Holy land and Egypt. He devoted ten pages of his travelogue to the island 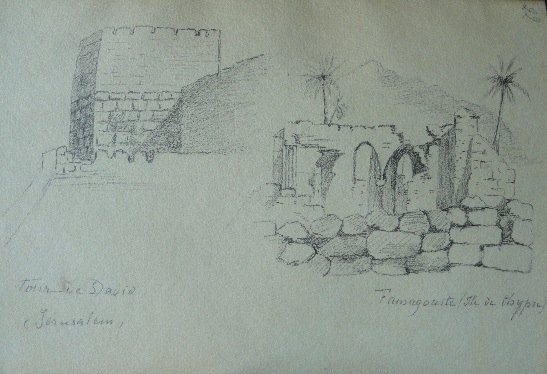 Charles Thompson included Cyprus in his voyage from Constantinople to the Holy land and Egypt. He devoted ten pages of his travelogue to the island:

The town of Famagusta, supposed to be the ancient Salamis, which was said to be built by Teucer when banished by his father, stands on the eastern part of the island, almost over against Tripoli and Syria. It is a place of considerable strength and has a pretty good harbour, but the entrance is somewhat dangerous for vessels of large burthen. It is inhabited by Turks, Greeks, Jews, Armenians and some few Latins. But the Greeks are most numerous as they are all over the island. While Cyprus was under the dominion of the Christians, it was well peopled having no less than eight hundred to a thousand villages in it, besides several handsome cities. But since it has unhappily fallen under the Turkish yoke, they have spread ruin and desolation over the country, and it is now so thinly inhabited, that half the lands lie uncultivated. And the noble buildings, which the Venetians erected when they were masters of it, are most of them demolished.