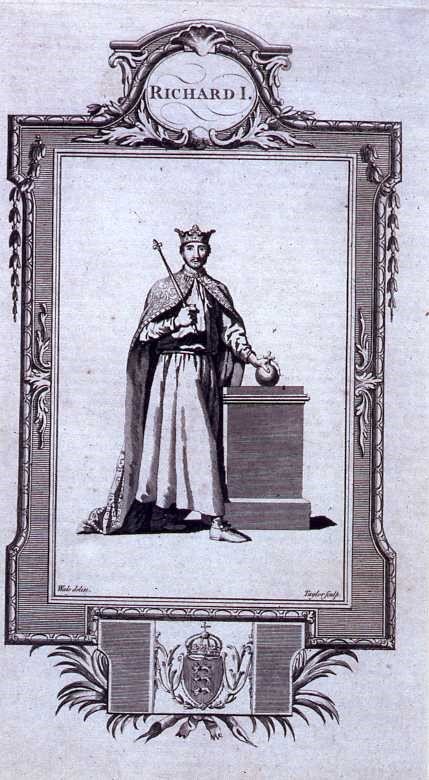 All things having been ordered for the security of the king's Empire, and garrisons placed in the towns and castles, the king put in charge of Cyprus Richard of Camville and Robert of Thornham.

On the same day (June 1, 1191) Berengaria, Queen of England, the Queen of Sicily, and the daughter of the Emperor of Cyprus, accompanied by the greater part of the king's fleet, came to the camp before Acre. On the same day also died Philip, Count of Flanders, in the siege of Acre. On Wednesday after Whitsunday the king of England set forth from the island of Cyprus in his galleys, taking with him the king of Jerusalem, the Prince of Antioch, the Count of Tripoli, and the rest of the princes who had come to him in Cyprus. He also sent Ralph son of Godfrey with the Emperor of Cyprus to Tripoli. But before the king's departure from Cyprus the counts and barons and all the men of the island delivered up to the king half of all their possessions in return for the laws and institutes which they had in the time of Manuel, Emperor of Constantinople. These the king granted to them, confirming the grant by a charter.