2 August 1838: The American missionary Lorenzo Warriner Pease visited George Saloumides who was confined due to a sprained foot. 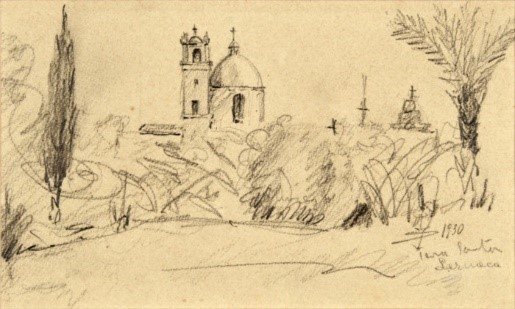 2 August 1838: The American missionary Lorenzo Warriner Pease visited George Saloumides who was confined due to a sprained foot.

“I was happy to see him engaged in reading the Psalter in the ancient Greek and to hear him make a remark, which indicated that he thinks on the matter of religion. He gave me an account of the Latin Monastery, that it derives no longer any income from Spain and any other parts of Europe as formerly.

That it is in debt, that the monks live in luxury, making both wine and rakee during the day in abundance and eating from different kind of foods and on the Sabbath give, though the Abbot declares that they are still in debt. They spend a part of their time in the chapel and in reading bur the greater part in indolence? Such are our enemies, one of whom would not study grammar because it was printed at our press.”