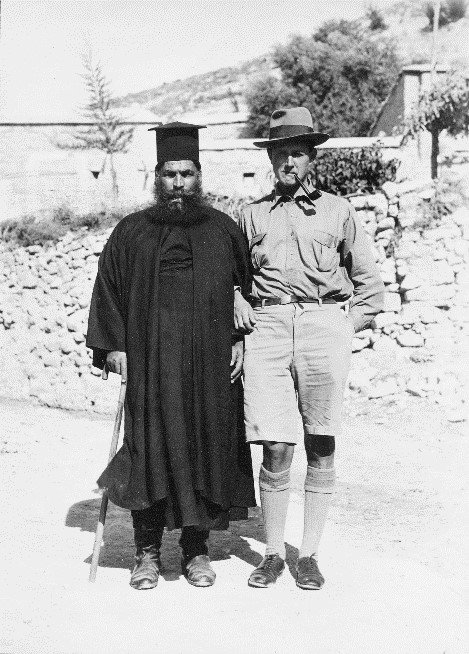 “I just arrived home after a happily concluded work week. I say happily concluded, because in spite of the middle of January we were not disrupted by a single rainfall until just now as I paid wages on Saturday evening, when the sky suddenly blackened in the space of a few moments and the rain began to pour. But we had already carried in all the crates of ceramics and done the Sunday housecleaning. It is as though an unseen force had intentionally guided the weather to my advantage this year. That no really dire rains came before the end of January is an entirely remarkable thing for Cyprus. The past week has been shiningly beautiful with sun and warmth reminiscent of April. I dress in short khaki trousers and an ancient blue jumper brought from Sweden (Christmas gift 1924), which, in spite of the extraordinary stress subjected to it over the course of excavations and train travels and more, is still with me. I do not seem to be able to part from it. But the weather is rather warm, and if the sun is shining again tomorrow, I think I cannot resist a swim.”