1 November 1738: Richard Pococke described his two-month stay in Cyprus in his journal Description of the East. Writing about Larnaca. 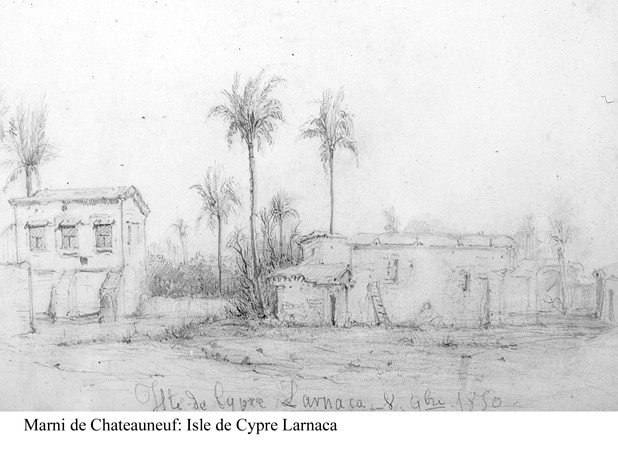 Richard Pococke described his two-month stay in Cyprus in his journal Description of the East. Writing about Larnaca.

“There is a large antient church at the port, dedicated to St Lazarus where they shew his sepulcher; it is a small grot cut out of the rock; they say that this saint being put into a boat at Joppa, and committed to the mercy of the sea, he was drove to this place, and became bishop of it, and that his body was stolen away by the French and carried to Marseilles; but the French say, that he was drove to their coasts. The ruins of the antient city of Citium are between the town of Larnaca and the Marine, which was the capital of a second kingdom in Cyprus. It was famous for the birth of the great philosopher Zenon and for the death of the renowned Athenian general Cimon, who expired at the siege of it. Ptolemy, the son of Lagus, destroyed this city, and removed its inhabitants to new Paphos; it was about three miles in circumference: there is reason to think that in very antient times the sea washed the south walls of it, though it is now a quarter of a mile distant.”