The Richard Chamberlain collection contains around 300 black and white photographs, out of which around 160 were presented through the pages of the publication “Cyprus scenes and way of life 1954”. The collection is mainly focused in and around the town of Famagusta where the photographer was stationed as a soldier of the British army in 1954, but also features other areas of the island he visited during his military service. Unlike other photographers of the time, Richard Chamberlain did not stage or set the scenes he would photograph and did not focus on his military service. Instead, he turned his camera towards candid and casual moments happening around him, resulting in a unique and genuine testament of life in Cyprus in 1954.

Richard Chamberlain was born in England on 30 January 1935. At the age of 16, he got interested in photography after his older brother Michael made him a little camera out of a Colman’s mustard tin, which he used to take pictures of classmates in school. He first arrived in Cyprus as a British soldier at Nicosia airport on 28 May 1954, just a week before the military parade for Queen Elizabeth’s birthday in Famagusta which he photographed and is a significant part of his collection. As a Special Wireless Operator for the Royal Signals Regiment, he was stationed at “4 Miles Point” in Famagusta and that is why his collection is primarily focused on the town and its people. After returning to England he visited Cyprus about 15 times before finally deciding to move to the island. He now lives in Kyrenia.

In 2021, he donated his photographic collection to the Centre of Visual Arts and Research in Nicosia, to be studied and published as a testament to life in Cyprus in 1954. The images that comprise the online collection were reproduced from the original black and white negatives. The titles were taken from inscriptions to the photographs given by the photographer in his publication. Where no inscriptions were available the titles were generated by the cataloguer describing the depicted subject. CVAR holds digital reproductions of the originals and shares copyrights with Richard Chamberlain. 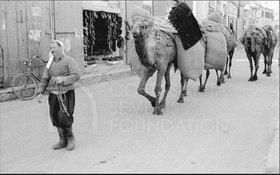 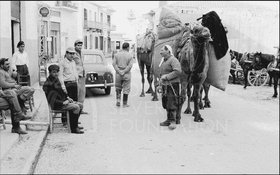 Camels and traders have a chat with the locals!
1954 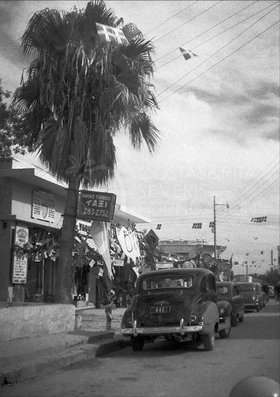 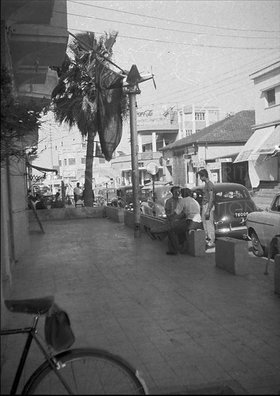 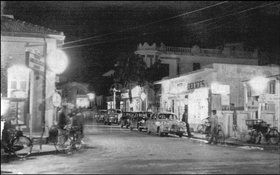 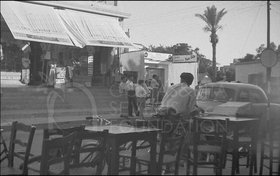 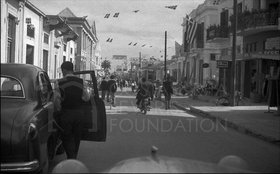 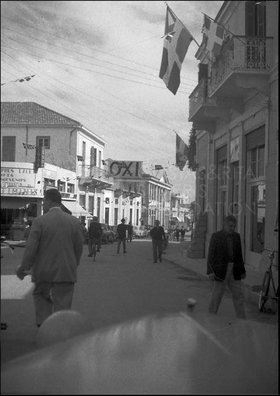 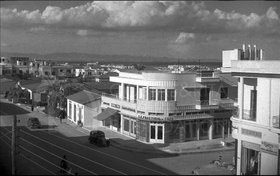 A street in Famagusta looking lovely in the sunshine
1954 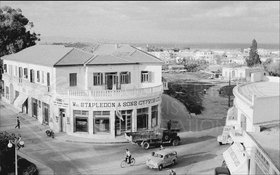 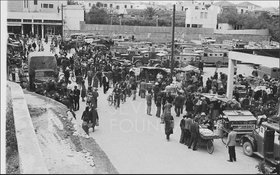 A busy Famagusta market with a lovely atmosphere
1954 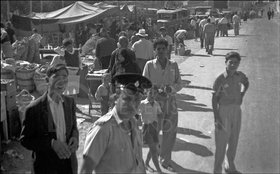 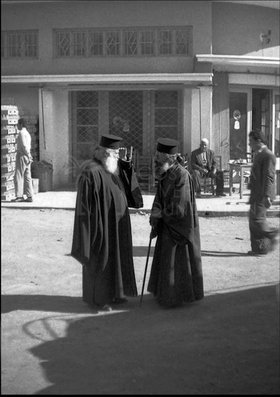 The Greek Orthodox priests putting the world to rights!
1954 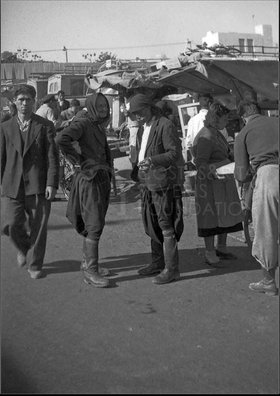 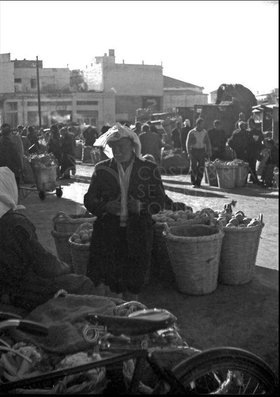 Fruit seller in the market
1954 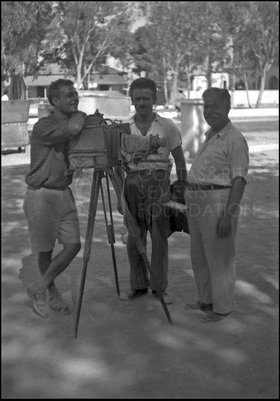 This photographer just outside Famagusta could produce a photo while you waited. I don't think it was digital!
1954 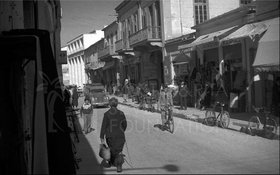 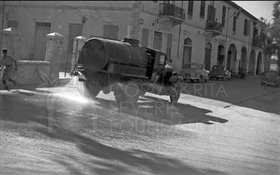 Water tanker spraying the road to lay the dust. The policeman on the left nearly got a soaking!
1954 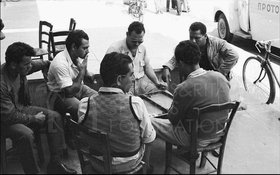 The men enjoy playing Backgammon outside the cafes
1954 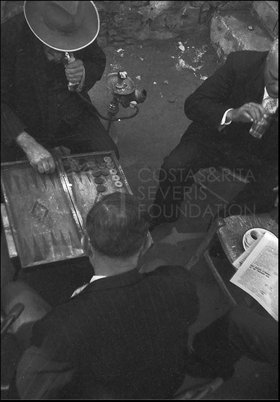 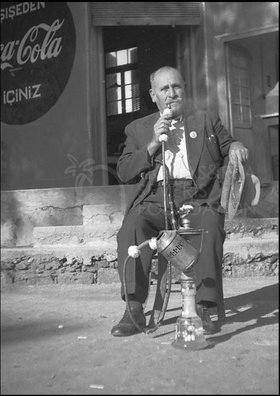 A Cypriot enjoying his Hubble Bubble pipe outside the café. The Coca-Cola advert can just be seen on the left
1954 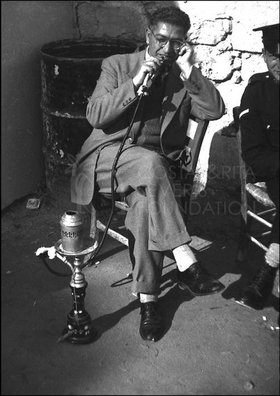 This looks like a smart businessman smoking his pipe, while the policeman looks on
1954 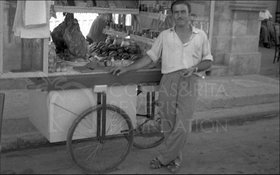 These stalls used to sell meat rolls and we often enjoyed one in the evening when we were in town. A large joint can be seen hanging up
1954 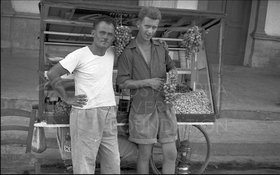 This stall was selling fruit and nuts. One of the soldiers in civilian clothes buys some grapes
1954