The photographs in this collection come from a single bound album, embossed with the Greek letters ΓΠ (GP), which are the initials of the album’s original owner, George Poulias (1896 - 1958). The photos can be dated to the 1920s and 1930s. Within this collection are 68 black and white photographs and a single colour photograph depicting the cover of the album. The black and white photographs include depictions of sports events, visiting athletes, and the associated awards ceremonies held in Nicosia, as well as, some photographs from the XI Olympic games in Berlin. Other photographic themes include official visits to Cyprus from dignitaries such as HRH Princess Mary, Countess of Harewood and King George II of Greece. Local authorities are also depicted including former Mayor of Nicosia, Themistoklis Dervis. George Poulias is pictured in many capacities, such as Deputy Mayor of Nicosia, a referee at sports events, an A.R.P. Warden inspecting local corps, or in his regalia at Masonic events. The images that comprise the online collection were reproduced from the original black and white and colour prints. The titles are based on physical inscriptions, where available, and are otherwise generated on the basis of identifying the people, places and events pictured. CVAR holds digital reproduction of the originals and shares copyrights with the owner 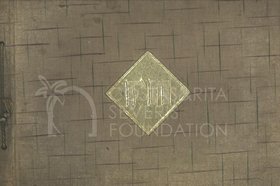 Album belonging to George Poulias with his initials
[s.d.] 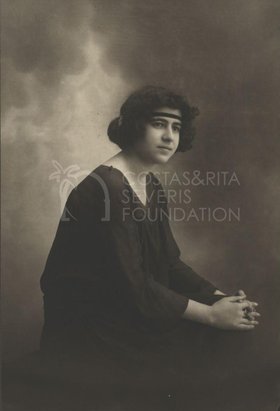 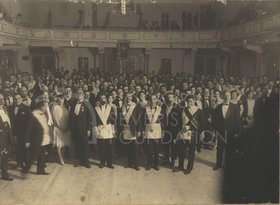 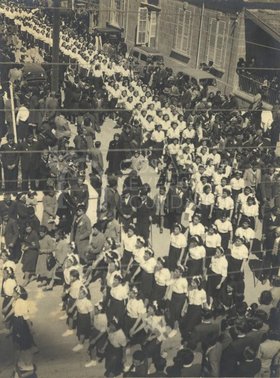 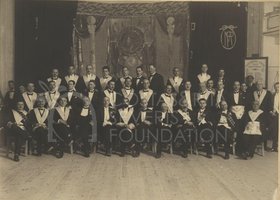 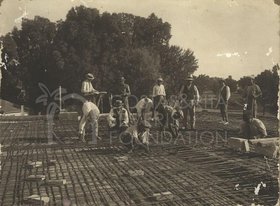 Construction of the Poulias house
[s.d.] 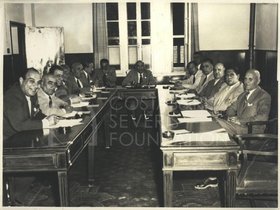 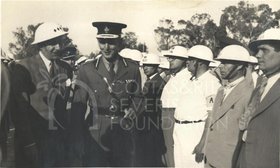 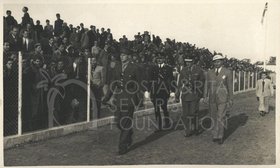 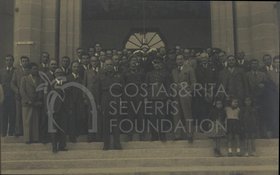 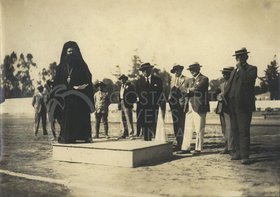 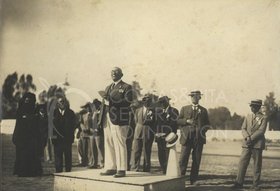 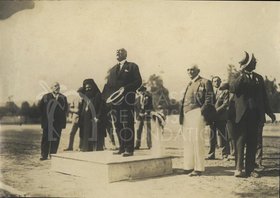 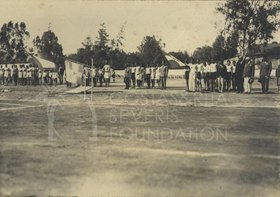 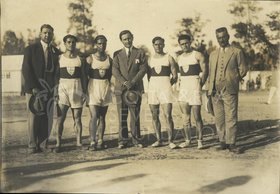 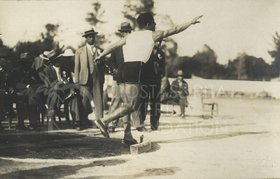 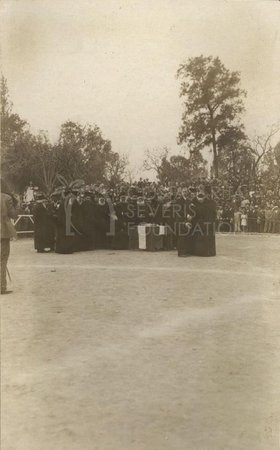 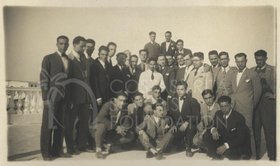 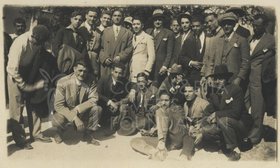 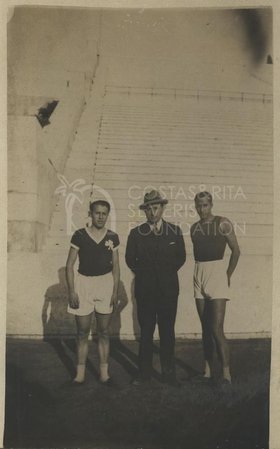 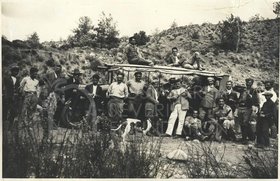 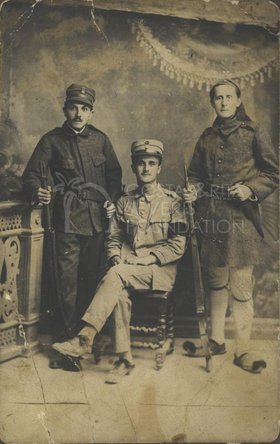 Soldiers and George Poulias to the right
[s.d.] 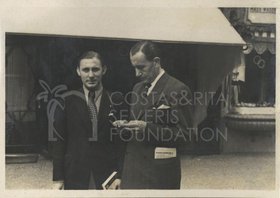 George Poulias and another man on a street
[s.d.]