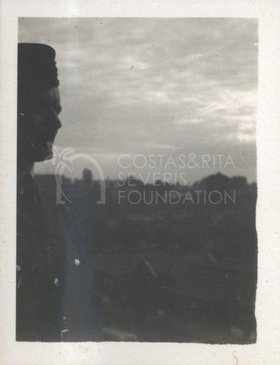 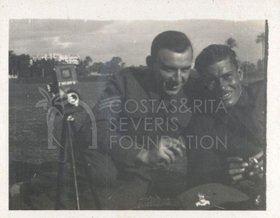 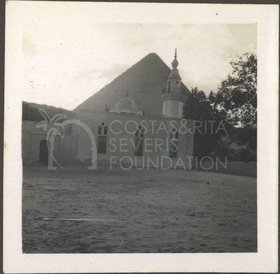 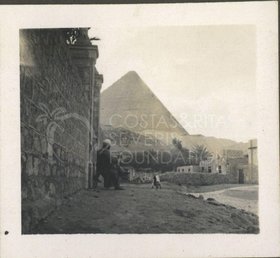 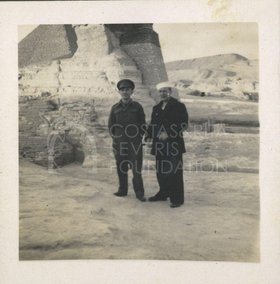 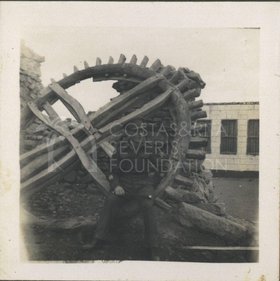 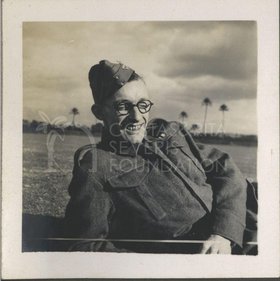 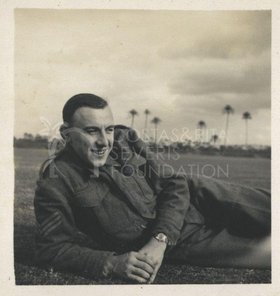 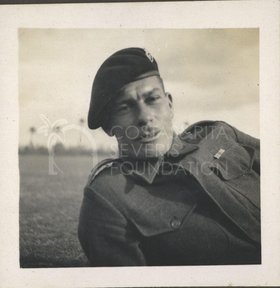 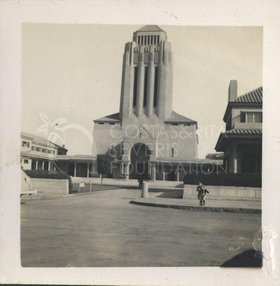 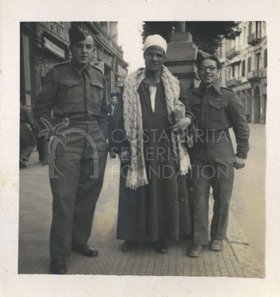 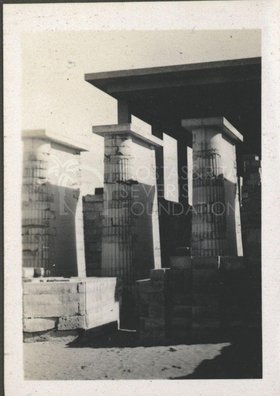 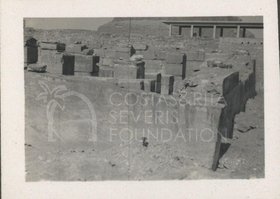 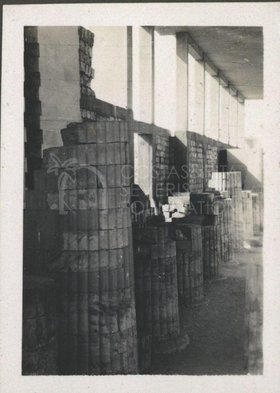 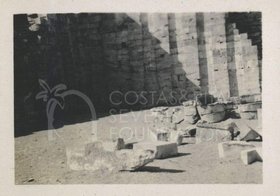 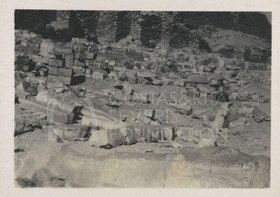 “Sakkarah” 25 kilometres from Cairo. Jan. 1944. A stone coffin in the foreground with excavations etc. and the Step Pyramid of Sakkarah in the rear.
1944 - 01 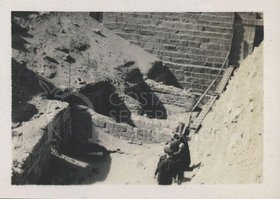 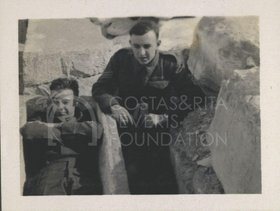 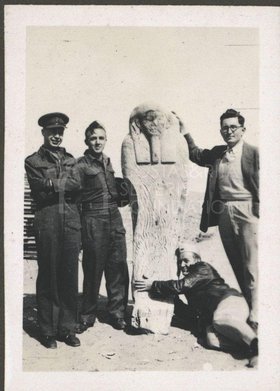 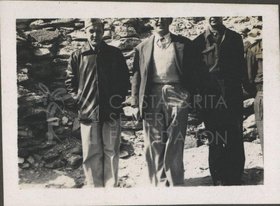 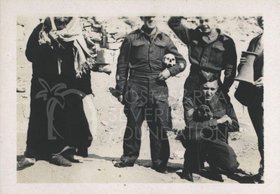 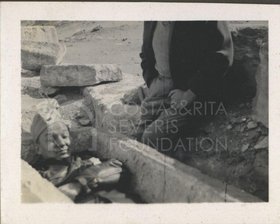 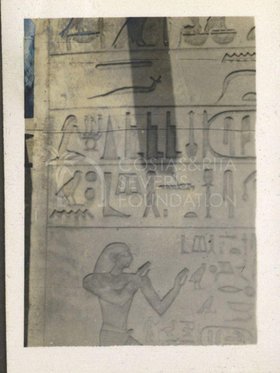 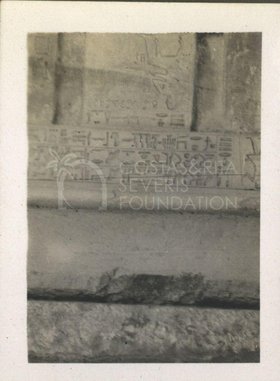